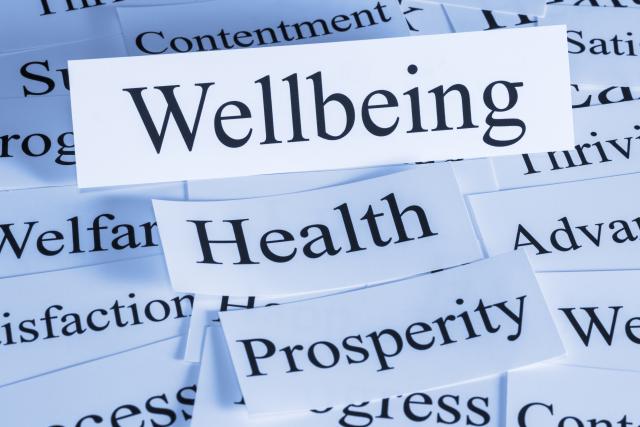 The World Health Organization defines health as, “a state of complete physical, mental and social well-being and not merely the absence of disease or infirmity.” While this definition of health is widely influential, its full breadth is rarely employed when evaluating the health impacts of programs or policies, in part because there is a lack of consensus about how to measure well-being.

Common well-being measures include both individual level self-reports such as the Satisfaction with Life Scale, and population level objective measures such as the Human Development Index. Despite the potential advantages of incorporating well-being measures into population health research, special attention to research validity and impact on equity are critical when adopting these measures. Self-reports pose challenges for both internal and external validity of research; and because life satisfaction is intrinsically tied to expectations and norms, such subjective reports may fail to identify deeply entrenched inequities. Objective measures of well-being also have important limitations, for example they may be less likely to reflect incremental, shorter-term impacts.

In its new Culture of Health strategy, the Robert Wood Johnson Foundation (RWJF) has turned to well-being as a core outcome of population health surveillance — incorporating well-being into its Action Framework as a component of the Action Areas and Outcome measures. As RWJF begins to place a greater focus on well-being in the refinement of its vision to build a Culture of Health, we have also begun to consider the pros and cons of broadening our health lens to include well-being.

The Evidence for Action program (E4A) includes a requirement for measuring health outcomes in the funding selection criteria. Although we define health broadly — including mental, behavioral, emotional, and physical health — measures such as educational attainment, while believed to be linked to health, have not been considered sufficient indicators of health.

As of yet, no strong consensus about the domains that should be included in well-being measurements has emerged. Although domains of education, health, and poverty are common, other domains, like spirituality, resilience, and social integration are also included in some instruments. Health researchers may embrace additional domains either because they consider such outcomes intrinsically valuable or due to evidence that factors such as education improve health. For many domains included in existing measures of well-being however, the evidence of health effects remains incomplete.

Despite the challenges of definition, broadening the population health frame to consider well-being may still hold promise. A broader set of shared outcomes could catalyze collaboration across sectors, and lead to improved prioritization and more equitable distribution of resources. A well-being lens might also help researchers, practitioners and policy-makers across sectors better identify the tradeoffs inherent in decisions about resource allocation. For example, in well-being indices that are comprised of composite scores across multiple dimensions (e.g., education, health, and income), improvements in one dimension at the expense of others would be evaluated based on the cumulative impact on well-being versus the outcome in any single domain. Recognizing that social and economic status significantly influence decisions about tradeoffs across dimensions, a focus on well-being could offer a more effective framework by which to understand and account for the aggregate outcomes of these decisions.