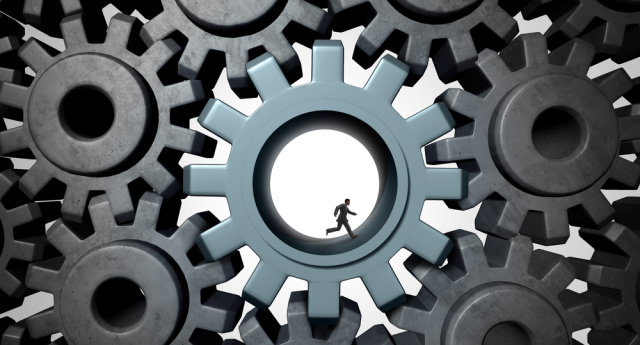 Racism, not race, is a fundamental cause of health. Because of structural racism, Black, Indigenous, and other racialized birthing people and their infants throughout the United States (U.S.) face pervasive health inequities. Even when controlling for socioeconomic factors, Black, Indigenous, and other racialized birthing people die during pregnancy and in the year after childbirth 2 to 4 times more than white counterparts, and their babies die before reaching their 1st birthdays approximately two times more than white infants. Minnesota is a state with high overall health but pervasive racial health inequities, especially for Black and Indigenous populations. As part of his antiracist research, Tongtan (Bert) Chantarat, PhD, MPH of the Center for Antiracism Research for Health Equity (CARHE) at the University of Minnesota recently explored the role of structural racism in Minnesota birth outcome inequities for U.S.-born and foreign Black infants versus white counterparts. (*Dr. Chantarat, Ms. Silvis, and their colleagues at CARHE strive to be both accurate and inclusive in their language. As gender identity is separate from biological sex, they use the gender-inclusive term "birthing people" instead of "women" or "mothers" to (1) accurately separate biological reproduction from gender identity and (2) inclusively capture transgender and nonbinary people with uteri.)

Dr. Chantarat was interviewed by one of his CARHE colleagues, Keelia Silvis, MPH. Though not directly engaged in research at CARHE, Silvis focuses on narrative change, informing policy makers, and educational outreach—in other words, translating antiracist research for broader audiences. During the interview, Dr. Chantarat explained his work to develop the multidimensional measure of structural racism (MMSR) in partnership with researchers at CARHE and the Minnesota Population Center (MPC). In this post, we share key learnings from their conversation on the complexity of structural racism and his mission to create real-world change through his research. You can learn more by reading his most recent published MMSR research in Health Services Research and a commentary on improving the measurement of structural racism that he co-authored in Health Affairs.

Racism as a Totality

Silvis: In my role at CARHE, I spend a lot of time writing and talking about racism. I’ve found that people in the U.S. often think of racism as only interpersonal, or as only something that happened in the past but isn’t a problem anymore. How does your own research go beyond these simplistic and single-dimensional views, and why does that matter?

Dr. Chantarat: In my research, I like to use Dr. Zinzi Bailey’s definition of structural racism as a totality. Racism is more than just housing discrimination or educational inequity or employment inequity—it’s the interactions between how housing discrimination can affect what schools you go to, which can affect what jobs you qualify for, which, in turn, impacts what housing options you can have, and so on and so on. These ‘separate’ institutions aren’t separate at all, they are all connected and mutually reinforcing. So as researchers, if we keep variables like housing and education and employment inequities separate, then we aren’t seeing the whole picture. Since structural racism is complex and multidimensional, single-dimensional measurements aren’t enough.

Silvis: This complexity can be hard to wrap your head around, especially for people who aren’t academic researchers or health professionals. How do you explain this complexity to others?

Dr. Chantarat: The MMSR uses publicly available data on six dimensions: (1) Black-white residential segregation, (2) educational inequity, (3) employment inequity, (4) income inequity, (5) homeownership inequity, and (6) criminal justice inequity. But importantly, we don’t just look at these variables as separate. The MMSR model aims to capture the totality of the latent, underlying interactions between each of those dimensions of structural racism.

Silvis: Why did you pick those six dimensions?

Dr. Chantarat: Because we have good, validated measurements and data for each of those measures. It's where we are starting, but we—and hopefully others!—will go further in future. Our Health Services Research study on Minnesota birth outcomes with the MMSR is a good foundation for growth. This shows the importance of capturing multidimensional structural racism when you want to predict health outcomes, and we would love to see other research groups add even more dimensions to the model.

Silvis: At CARHE we often say, “we can't change what we don't measure.” Unfortunately, we see this in “colorblind” policies in the U.S. all the time. If you’re not looking at the root cause, racism, then even well-intentioned policy can fail to advance the health of racialized people, or even make things worse!

Dr. Chantarat: This is why I am so passionate about the MMSR. Our research revealed that if you only look at structural racism from one angle at a time, you miss the full impact on health. For example, if you're just looking at income inequality, you might think, 'Oh, this area in Minnesota has low income inequity, so it must be an OK place for U.S.-born Black pregnant people to have their infants!' But that just isn't the case. When you look at the full picture of structural racism, there is no place in Minnesota where the birth outcomes of Black pregnant people match their white peers. But now that we have tools like the MMSR to show us the full, multidimensional picture, we can work on solutions that make Minnesota a health place for all birthing people.

Silvis: When I talk to policy makers, or journalists, or just my own neighbors here in Minnesota, what is the key take away I should say about the MMSR and your work?

Dr. Chantarat: Structural racism is multidimensional, so antiracist solutions need to be multidimensional too. We can't just target one type of racism at a time, we need to address entire systems to make our communities healthier. I hope our continued research with the MMSR will inform policy makers as they work to improve the health of Black Minnesotans and their infants.

Dr. Chantarat received a Student Award from the Interdisciplinary Association for Population Health Science for this innovative study. For more information how the MMSR push the frontier of structural racism measurement, see a thoughtful commentary by Drs. Tyson Brown and Patricia Homan who are leading experts in structural racism and health.

This work was funded by the Robert J. Jones Urban Research and Outreach-Engagement Center at the University of Minnesota and the Minnesota Population Center (supported by the Eunice Kennedy Shriver National Institute of Child Health and Human Development: Grant No. P2C HD041023).

Keelia Silvis is the Manager of Communications, Education and Engagement at the Center for Antiracism Research for Health Equity (CARHE) at the University of Minnesota School of Public Health.